It was almost four years ago that I held my first art exhibition here ‘Spirit of Place’ by a group of students in their final year at the Sir John Cass School at London Metropolitan University. It was a wide range of work spanning photography, large pieces of abstract art through to exquisite jewel like watercolours. The last were by Beryl Touchard and talking to her one day she showed me her sketchbooks including some colour fields, which I absolutely loved for their spontaneous intensity of colour. I was struck too by her surprise at my liking them: to her they were just preparatory colour fields, of no interest outside their usefulness in her work. I just wanted to buy one, frame it and put it on the wall (which I did eventually).

About a month later I visited an auction to view a painting I had seen in the catalogue and which I thought might be of interest. Sadly it was not, but rather than have a wasted journey I looked round the rest of the sale including some sketches and watercolours in folios. To my surprise one included a design by Duncan Grant for a plate for the Festival of Britain and I was happy to be able to buy the folio in the sale.

Looking through that folio of watercolours and sketches made me realise that in general, works on paper reveal the mind of the artist in their immediacy with which they are committed to paper much more than say an oil painting, a much more forgiving medium that can be worked and re-worked over a longer period of time. So the germ of the idea for the next exhibition: ‘The Mind of the Artist’ was born, which will run in the gallery from 14th – 30thNovember at Town House. It will include works by Hercules Brabizon Brabizon, Laura Knight, Feliks Topolski, Madge Gill, Austin Osman Spare, Scottie Wilson, E Q Nicholson and of course the Duncan Grant design for the plate. 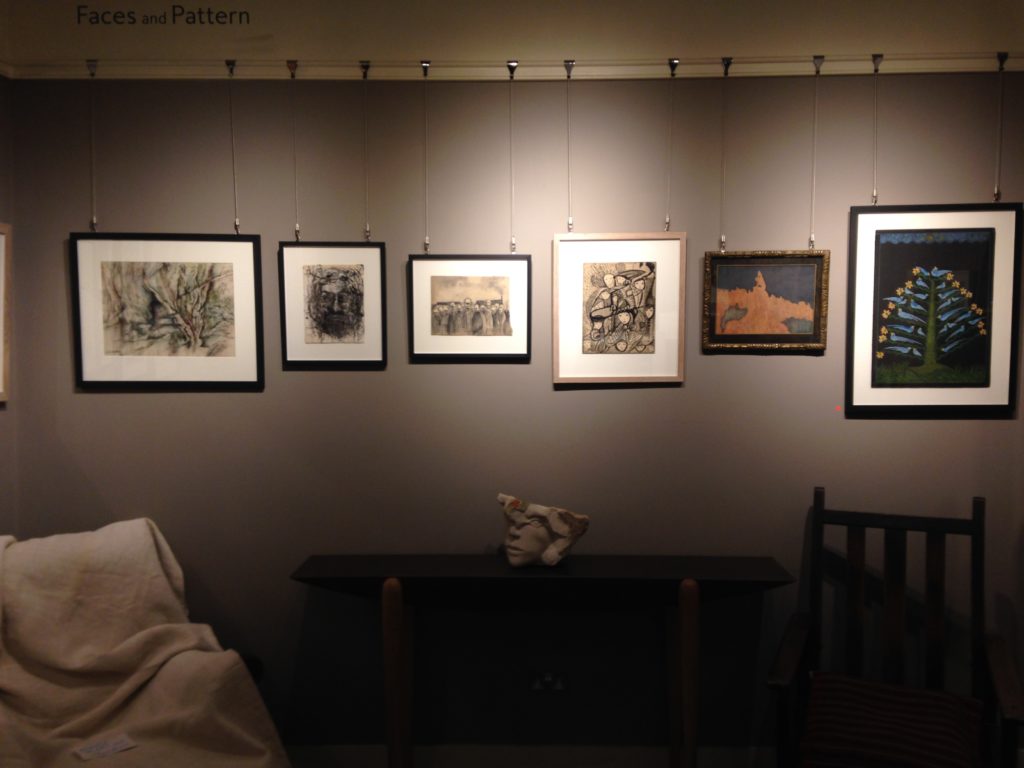