An exhibition of work by Doreen Fletcher 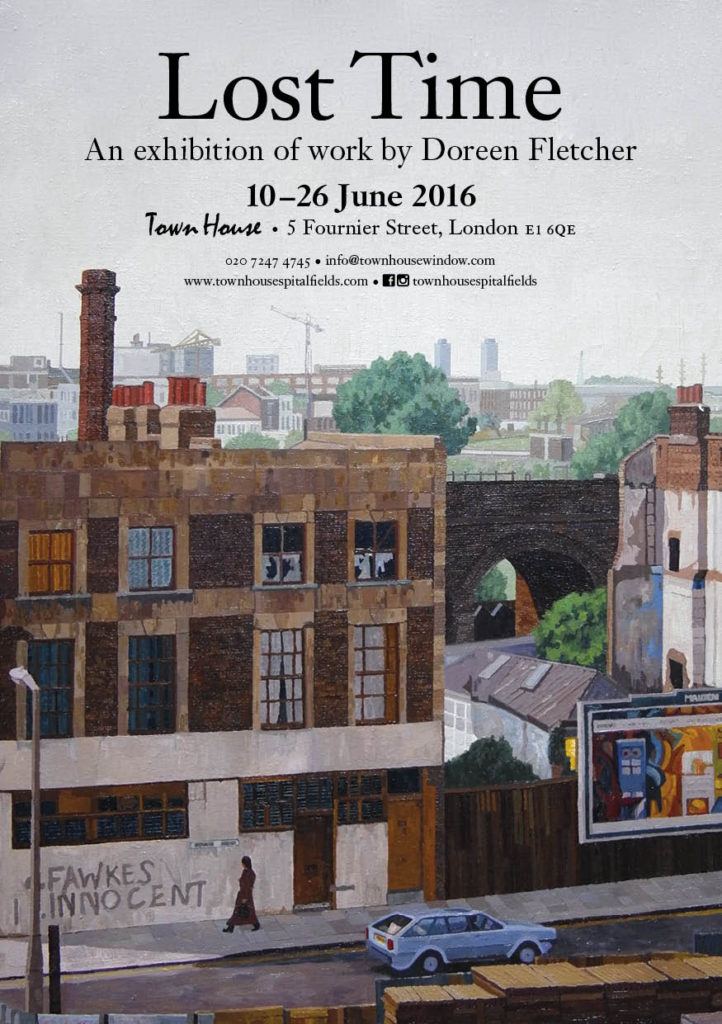 Doreen Fletcher arrived in the East End of London in the early 1980s and was immediately aware that the dilapidated buildings and small businesses in the streets around her were about to disappear. The sense of community in the area reminded her of her Midlands childhood and inspired by the excitement of being somewhere new, she started a series of paintings of the East End that continued for the next twenty years.

Aware that she was documenting an urban landscape that would be lost forever, she regularly contacted galleries and magazines to promote not only her paintings, but also an awareness of what was happening in the East End. Their negative response reflected the wider attitude at the time: a complete lack of interest. It was the culmination of centuries of neglect of an area that had long been regarded as a vast slum and dispirited by the rejections and the overwhelming changes to the area, Doreen stopped painting.

As perceptions have changed and we have come to realise what has been lost, Doreen’s work can now be seen as a poignant record of the time at which so much of the legacy of the East End disappeared. It is not only a record of the built environment of the 19th century and earlier, but also of a community that had survived the bombs of the Second World War. This community was in many ways the last vestiges of a late 19th century, tight knit society, in which life revolved around the streets of one’s birth and around family and friends living nearby.
These paintings depict a lost time that has gone and cannot be recovered, but perhaps this exhibition will encourage us to make up for that lost time and demand a new way of looking at future development in our cities, before it really is too late.