Doreen Fletcher arrived in the East End of London in the early 1980s and was immediately aware that the dilapidated buildings and small businesses in the streets around her were about to disappear. The sense of community in the area reminded her of her Midlands childhood and, inspired by the excitement of being somewhere new, she started a series of paintings of the East End that continued for the next twenty years.

Aware that she was documenting an urban landscape that would be lost forever, she regularly contacted galleries and magazines to promote not only her paintings, but also an awareness of what was happening in the East End. The negative response reflected the wider attitude at the time and was the culmination of centuries of neglect of an area that had long been regarded as a vast slum. Dispirited by the rejections and the overwhelming changes to the area, Doreen put all her work in the attic and stopped painting in 2003.

A chance contact put Doreen in touch with the the Gentle Author of Spitalfields Life and her paintings were featured on the blog, leading to a storm of interest and the near sell-out exhibition here at Town House in June last year. The sudden interest in Doreen’s work prompted her to start painting again and the latest work, retracing her East End footsteps, reveals how much of the area remains an edgeland balanced between demolition and regeneration, between past and future. It is an intensely human landscape that forms the essential backdrop to the lives of people still struggling to find their place in a built environment that is rapidly changing: an edgeland in between. 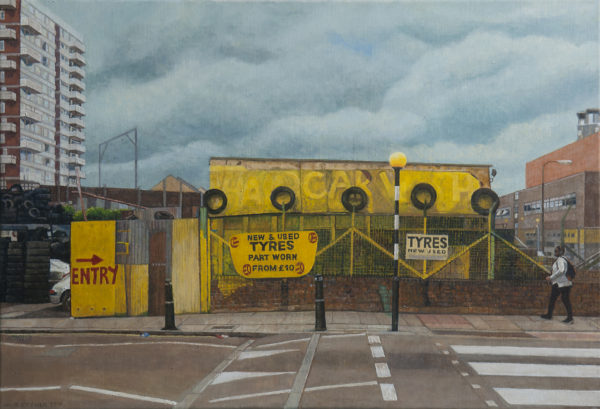 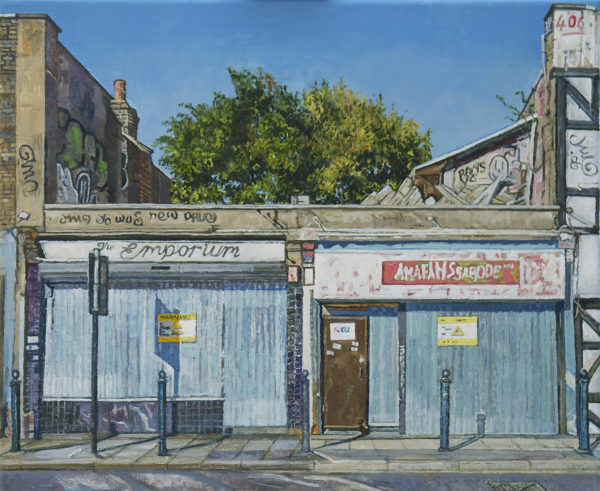