A little over a year ago I stood before Picasso’s ‘Desmoiselles d’Avignon’ in the Museum of Modern Art in New York and for the first time I got a slight sense of what it might have been like to be one of the first to see that painting a hundred years ago. With its complete negation of classicism and of the decorative in painting, in its brutality and aggression it baffled the first of his friends to see it and received a hostile reception from the Parisian public when it was first exhibited in 1916. Picasso himself continued to receive a hostile reception in Britain until after the Second World War. It is easy for us to see with hindsight the impact this painting had on 20th century art, to see it as the beginning of modernism, yet at the time whether loved or loathed, it would probably have been regarded by most as unimportant, and Cubism as a short lived aberration.

The impact of the painting stayed with me and when I bought a cubist paper collage a few months later, indistinctly signed, but British and dating from just before the First World War, I started to look for the influence of Cubism in some of the other paintings by British artists I had been putting aside for exhibitions. During a long period of thinking and reading it eventually became clear that the thread I was following was not the influence of Cubism, but of Stéphane Mallarmé (1842 – 1898), the French poet whose ideas inspired Cubism, Futurism, Dadaism and Surrealism in France and Europe. There was (almost) no equivalent British ‘-ism’ however, despite the complex network of connections, which existed between London and Paris from the 19th century through to the 1930s. 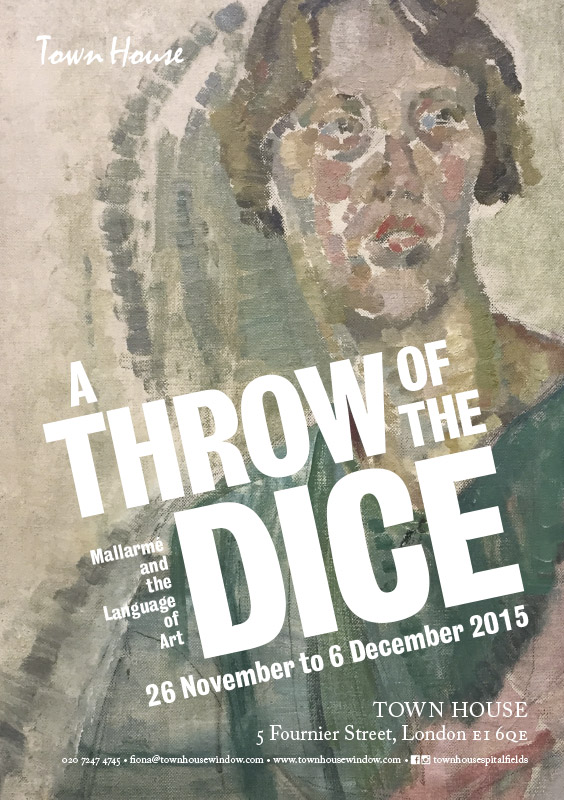 During this period Paris was still the place to go for artistic training and after the First World War was a cheap place to live, with a thriving artistic community. George Bissill was a young miner until after the First World War when he studied art in Nottingham, but as soon as he had his first successful exhibition in London in 1925, he left to spend some time in Paris. Many British artists had visited Paris and knew Picasso and the Paris avant-garde well, yet their ideas apparently failed to take hold. In a modest way this exhibition is an exploration of that theme until around the time of the Second World War.

I also realised during the course of putting this exhibition together, that Mallarmé’s ideas had a strong personal resonance for me as a dealer and collector (most works in the exhibition are for sale, but not quite all). The idea that the juxtaposition of two things each with their own associations for the audience can produce a new, chance idea is as relevant for curators, dealers and collectors as it is for poets, writers and artists. Hence the title for the exhibition is taken from the central idea of Mallarmé’s last great poem: ‘all thought is a throw of the dice’.