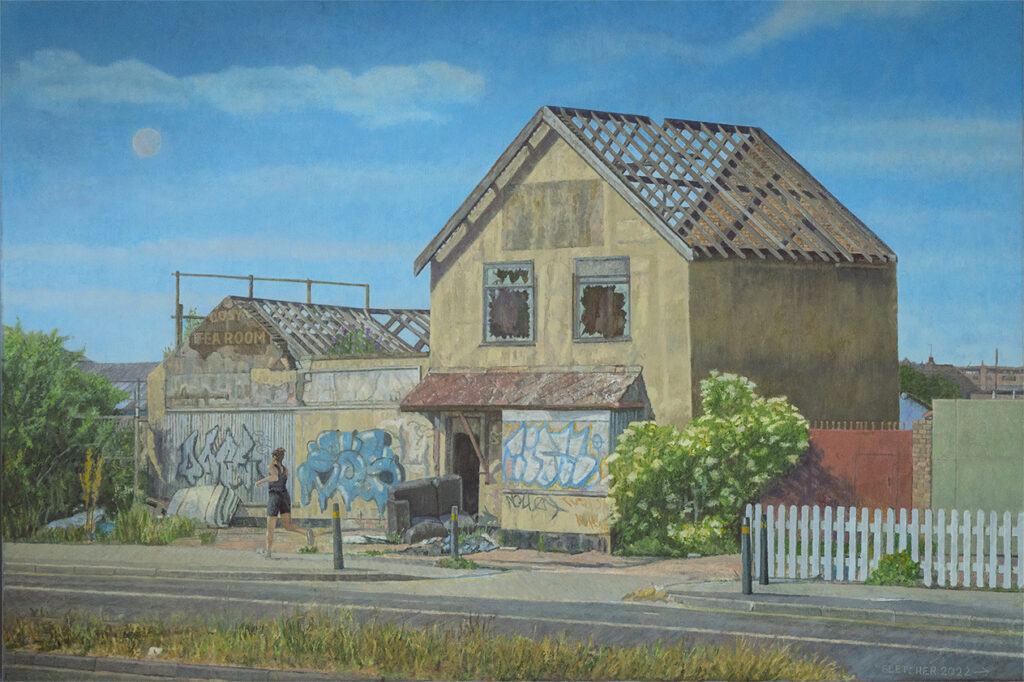 The RuThe first painting of this building ‘The Cosy Tea Room’, was finally completed in 2019 the building still standing solidly despite the weeds, air of dereliction and fly tipping. By 2021 it looked more run-down and abandoned than ever: a black leather sofa had made an appearance on the forecourt and a mattress lay askew, leaning against a wall. Graffiti had proliferated and I realised that another painting was taking shape.

As this building was near the Ford Works at Dagenham, the female runner represents in my mind the 187 Ford female sewing machinists who went on strike for equal pay in 1968 after their pay had been downgraded to be 85% of the equivalent male pay. Three weeks later they won, leading to the landmark equal pay legislation of 1970.

The remains of the building were razed to the ground in the summer of 2021 and a new development is now rising on the same spot, so my second depiction of The Cosy Tea Room will also be my last….