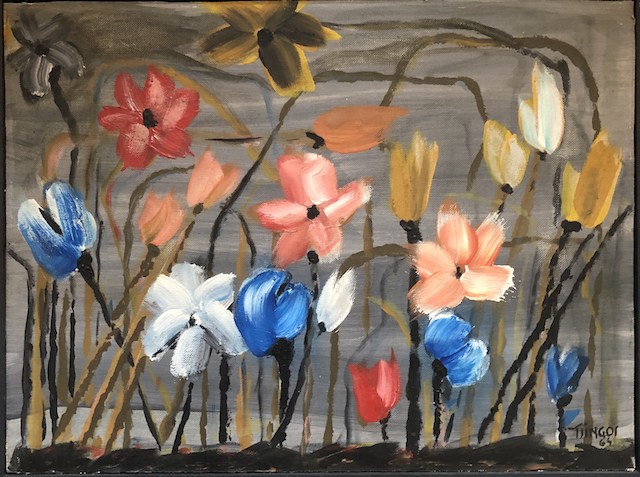 Born in Greece and studied architecture in Athens, working as an architect there until 1939. Served in the war then worked in Brazil until 1948 on the recommendation of Le Corbusier. Then settled in Paris where he worked in theatre before turning to painting. His first solo exhibition was in 1950 and others followed throughout Europe. He returned to Greece in 1961, but his work was not popular there and he died destitute in 1965. Subsequently his paintings became very popular and many exhibitions have been held in Greece since his death.