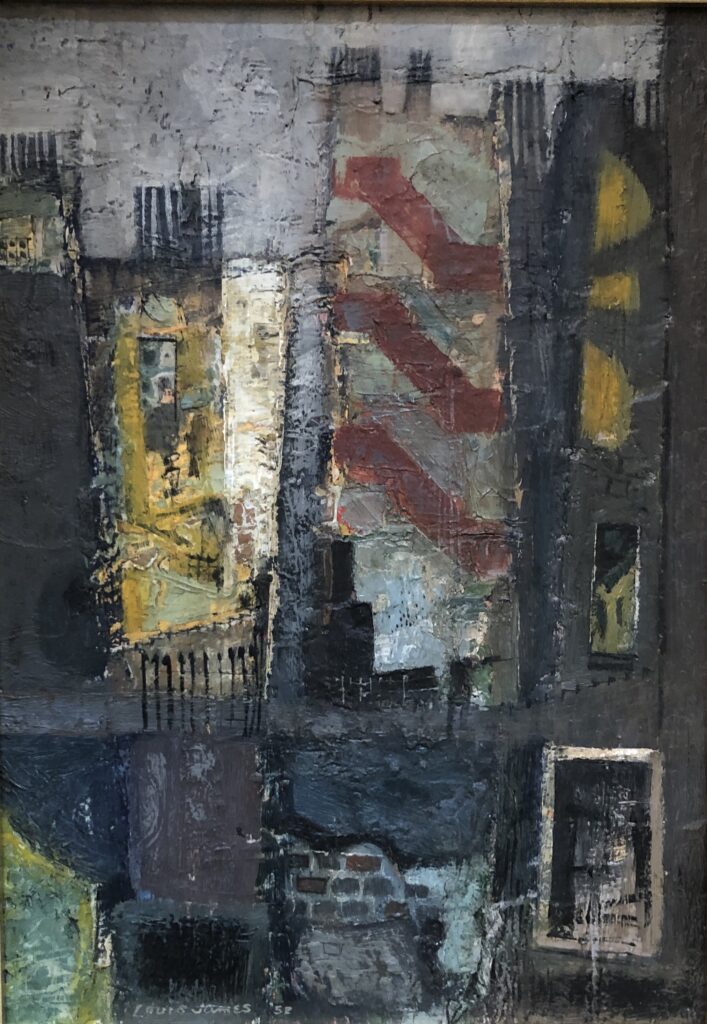 Born in Adelaide; Louis James had no formal training as an artist, but began to paint seriously after World War II and established a reputation as an abstract and figurative artist. He worked in London for about fifteen years, returning to Australia in 1964. Exhibited widely, particularly in Australia, and showed in London in the 50s and 60s mainly at Redfern Gallery. Several public institutions hold examples of his work including the Towner Art Gallery and the Tate (self-portrait, drawing).