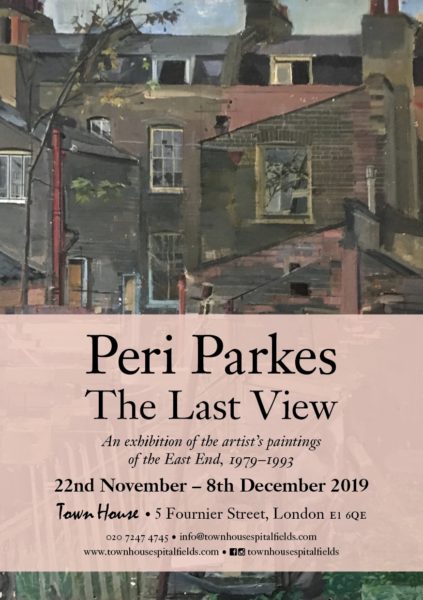 I’m delighted to announce a selling exhibition of the East End paintings by Peri Parkes – the latest in a series of exhibitions here showcasing East End artists from the later 20th century. Peri was living and working in Bow from the late 1970s to the early 1990s and, having trained at the Slade when William Coldstream was still its head, Peri’s work is very much of the ‘through the window’ Euston Road School. The early series of the backs of houses in Conder Street are meticulously recorded with luminous washes of paint, before he moves on to a series of paintings of city skylines and some familiar local landmarks prior to his departure for Cornwall in 1993.