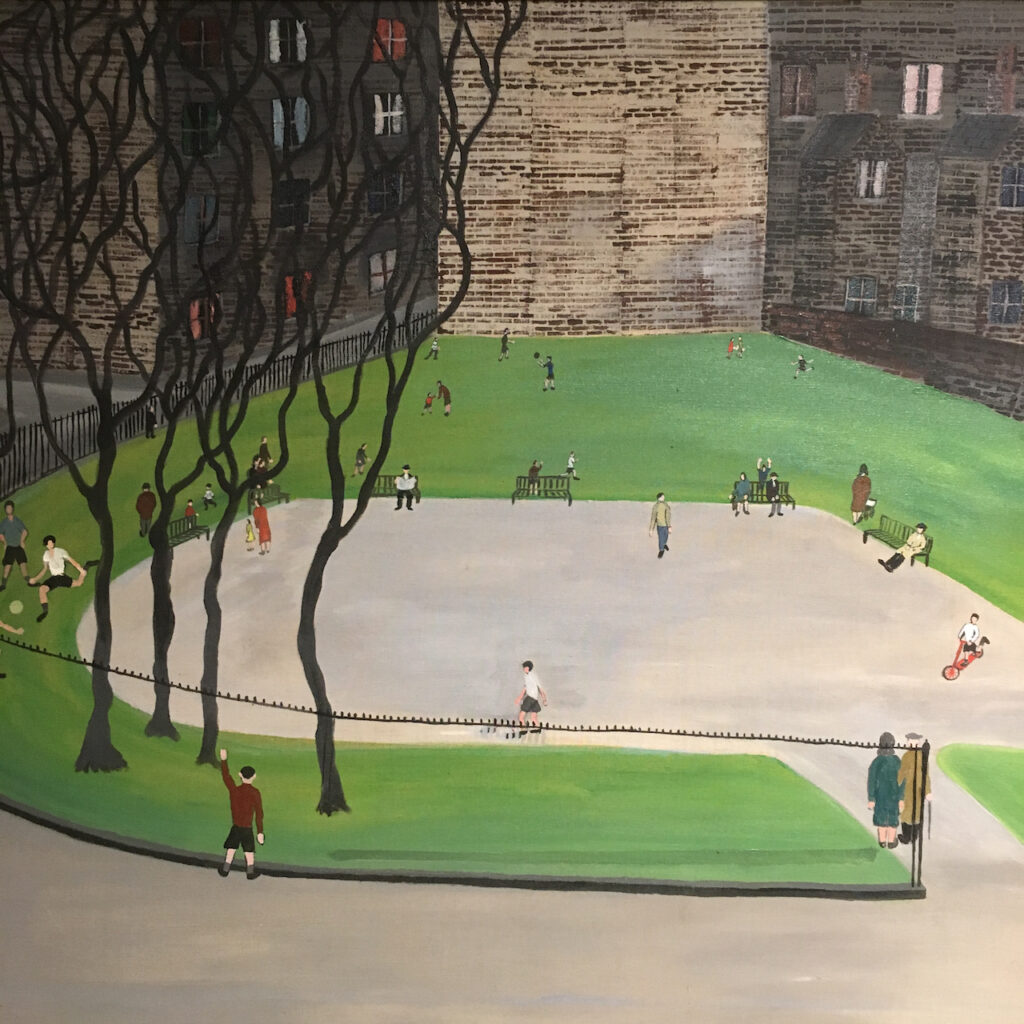 Brought up in the East End of London. Untrained as an artist, he started out by working in the local parks department and as a swimming pool attendant. He was subsequently convicted of receiving stolen shirts and a spell in prison followed, where he joined the art classes and first started to paint. On his release he became a lorry driver, but continued his painting in the evening, signing himself ‘Road’ in reference to his day job. Recognition and media attention followed and his first exhibition in 1969 was with the Portal Gallery, which specialised in naïve and ‘outsider’ art. In 1974 he collaborated on a book with Arnold Wesker and a second followed. He died in 1991