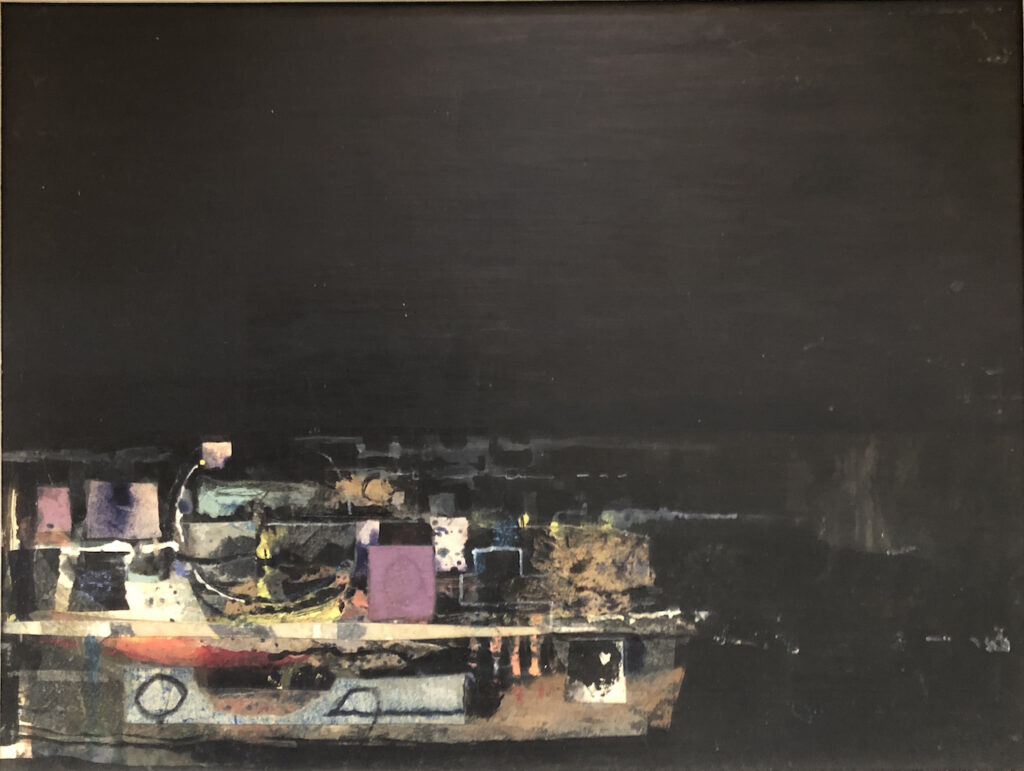 Painter and sculptor who was also a theatre designer, broadcaster, writer and critic. He attended Heatherley’s and St John’s Wood Schools of Art and early in his work identified with the Neo-Romantics (he shared a Paris studio with John Minton in 1939). Taught drawing and theatre design at Camberwell School of Art 1942 – 4. Sculpture became a central part of his almost obsessive exploration of certain themes: the skull, the maze, the minotaur and Daedalus (who flew too close to the sun). As part of this exploration, he painted a series of night landscapes during the early 1960s, inspired by his visits to Greece and which formed part of his continuing exploration of Daedalus and the experience of flight. His work is held by many public collections, including the Tate.