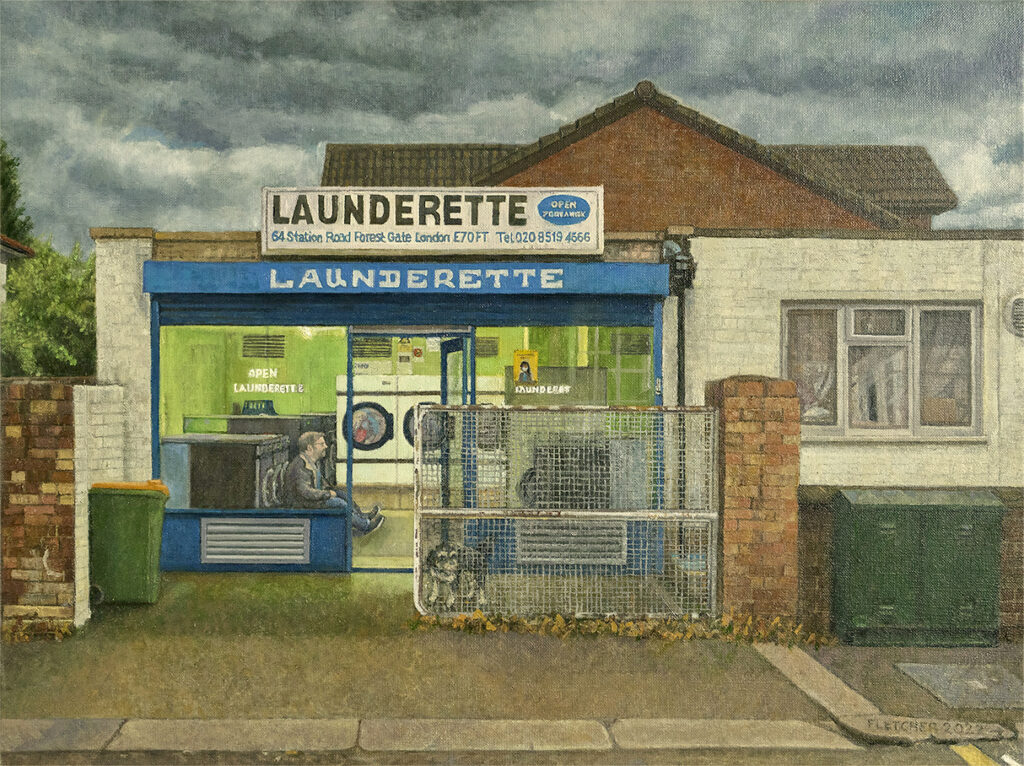 Elvis at the LaunderetteIt is almost 20 years since I last painted a Launderette and this painting would probably not have existed were it not for Covid. I became much more interested in exploring my immediate neighbourhood during the pandemic, seeking out possible subjects for my next painting. At the same time, I was lucky enough to engage in one of the activities to thrive during lockdown: dog-walking! We lucky, socially distanced dog owners were able to talk and exchange news on the state of things at a time when all socialising was banned….

In this painting, I have depicted two of the characters I would often encounter on Wanstead Flats, who live a stone’s throw from the Launderette. David sits inside musing, listening perhaps to music on his headphones, whilst Elvis stands outside, a few feet away, guarding the entrance from any possible intrusion and making sure his master is fully protected. This is a bit of a leap of the imagination though, as Elvis is one of the most amenable creatures one could possibly hope to meet and would be more inclined to lick to death anyone who approached, whether friend or foe!

Title: Elvis at the Launderette Oil on canvas, framed